Should We ‘Shame’ Parents Who Leave Their Kids Alone In Cars?

The Summer heat is winding down a bit and we haven’t heard about a child or pet death in a hot car for a while – which is great news. But that doesn’t mean we are in the clear because the moment we let our guard down it cold happen again.

Should we shame parents who leave their kids alone in cars? On that note though – maybe we could tone the paranoia down just a bit.

Here is why I say that. A few weeks ago cops were called to rescue a baby out of a car. So they busted out the window to retrieve the baby and realized then that it was just a toy doll. I like that people were being vigilant and willing to make the call to save a child…but at what point did nobody realize or take a close enough look to see if it was actually a child?

Be vigilant my friends – but also be careful. The heat is a serious threat (there were 44 death last year and 19 this year) but overreaction is also dangerous.

Stop Light To Be Removed From 2nd Ave W And Fairfield 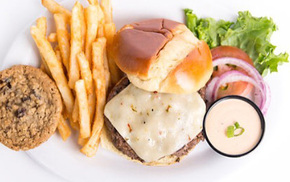 Sign up to have exclusive EZ VIP Club contests, events, coupons, presales, and much more delivered to you for FREE.
Like Us on Facebook
EZ VIP Club brought to you by:

Thank you for your request.